Five Things I Wish I Knew Before I Built My House

Construction on our new house was about half done when the plumber went out for nearly two weeks because a cut on his finger was badly infected. That held up the electricians, who needed to run wire for all the lights, outlets and switches. That delayed the Sheetrock installation, which delayed the painters. The shell of the house stood empty. I was tempted to drive to the plumber’s house to personally flush his hand wound and administer antibiotics.

Now, after roughly 11 months, our new home is finally finished. While building a house from the ground up has been one of the best experiences of my life, I learned some tough and expensive financial lessons along the way. Here are some of the things I wish I knew before I built my house.

Waiting to break ground was the most frustrating part. It involved three major hurdles: Getting the floor plans approved by the development’s architectural-review committee, which meets monthly. Getting the final contract from the builder. Getting a construction loan from the bank.

“We want clients to know there will be a lot of emotional ups and downs. It’s not a controlled environment—there’s weather, there’s subcontractors.”

I won’t bore you with the twists and turns, but all the paperwork pushed our start date back six months. We had already sold our old house in New York, and our new house in South Carolina wasn’t nearly finished. As a result, we rented a house near the construction site and put our furniture and other belongings in storage. In all, that set us back about $20,000. If I had known it would take so long, we probably would have listed the house later than we did. On the flip side, moving early meant we could visit the construction site every day and be part of the process.

Lots of expenses aren’t included in the price of the house.

We paid $20,000 for the land, not including property taxes and property-owners association fees. Before construction could begin there were some preliminary steps required by the POA, the builder and the county where we reside. We spent $1,400 for a required topographical map and tree inventory; $630 to outline the home’s footprint with stakes and tape; $800 for the architectural review; $3,000 to the development’s road-maintenance fund for wear and tear; $150 for a septic-system permit, and $450 to drill test holes for the septic system. These expenses couldn’t be included in the loan—because we didn’t have a loan yet. And the money was due before our New York house sold, so our financial adviser suggested selling some of our holdings to cover the upfront expenses. You don’t know what you need until you need it.

After moving into our rental house, we suffered a series of power outages in December, when low temperatures were in the 20s. The blackouts didn’t happen often, but they were frequent enough for us to want a backup generator in our remote location. That set us back another $15,000.

There are sneaky ways to save money.

Buying remnants of granite and quartz for the countertops instead of full slabs of stone saved us several hundred dollars. We paid only $100 for a floor-model sink that had been discontinued. We also asked the appliance store manager for a discount on a kitchen-laundry package. And finally, we planted much of the landscaping ourselves, with savings estimated at $5,000.

“In the beginning, clients don’t want to divulge budget numbers because they don’t know yet if they can trust you. It goes so much faster when you talk about the nickels and dimes up front.”

There are more cost-effective ways to design a house.

I wish we had asked more questions about cost-savings upfront instead of just pursuing our dream design. It cost almost $64,000 to clear and level a sloped lot, install a septic system and dig the foundation and basement. Another $30,000 went toward the concrete foundation and walls. The metal roof cost about $35,000. I should have asked: How much can we save if we choose a floor plan with a smaller footprint, but the same square footage? The cost of site prep, cement and roofing would have been far less. How much less, we’ll never know.

The same is true for the materials. Instead of stonework, should we have gone with stucco? Instead of a long, curved driveway leading to the garage, would the topography have allowed for a shorter driveway?

In the end, we spent about $100,000 more than we had wanted, but the proceeds from the sale of our house in New York covered most of the cost of our new home in South Carolina. And while I consider this my “forever home,” I ask myself, “Would I ever want to go through new-home construction again?” 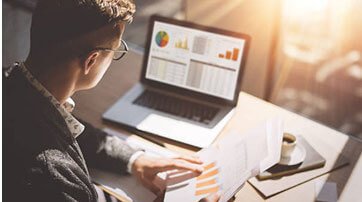 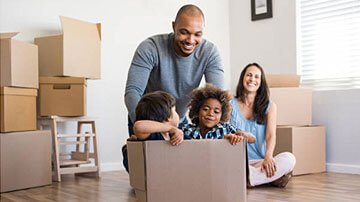